As a software development company with many Perl developers and an entire department created around this technology we explored the data of the Perl Developer Survey run by BuiltinPerl and found some very interesting facts.

How long have you been using Perl 5?

Experienced is the perfect word to describe most Perl 5 developers as a large majority formed in the more than 5 years of experience section. However bringing new developers to Perl is crucial in today’s market as the demand for Perl is high, with major companies relying on it almost completely. As a company we plan to offer Perl company trainings to grow the number of Perl developers and to offer major Perl players, and not just, the talent that they need. 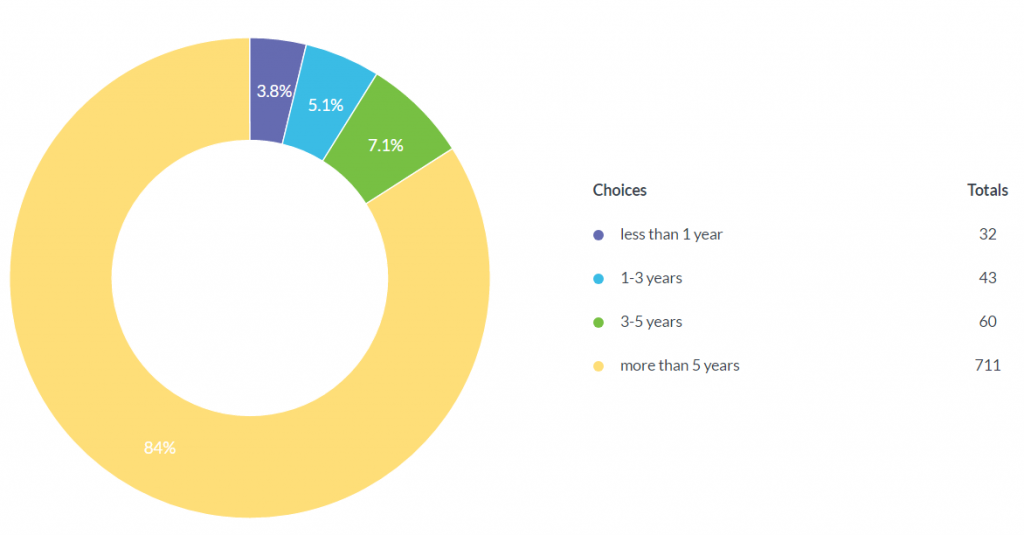 What other languages do you use?

Being a polyglot is a very valuable trait and often enough something practical on most projects, as 84% of Perl developers use other languages together with Perl. The top choices here are JavaScript, Python, Bash, C, C++, PHP, SQL, Java, Ruby and Go. 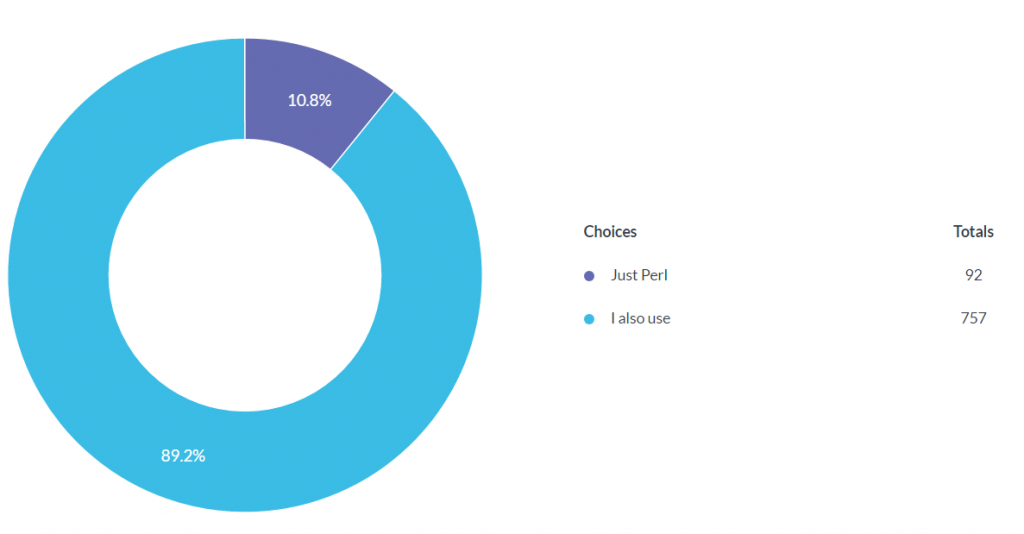 What’s the size of the company you work for?

Companies that use Perl are of various sizes, with the large and very large taking a slight lead.  The Perl business environment is quite complex and this shows how Perl is used and/or adopted by various types of companies. Small companies or startups take 15% of the whole, while large corporations with more than 1000+ double that, to 30.5%. 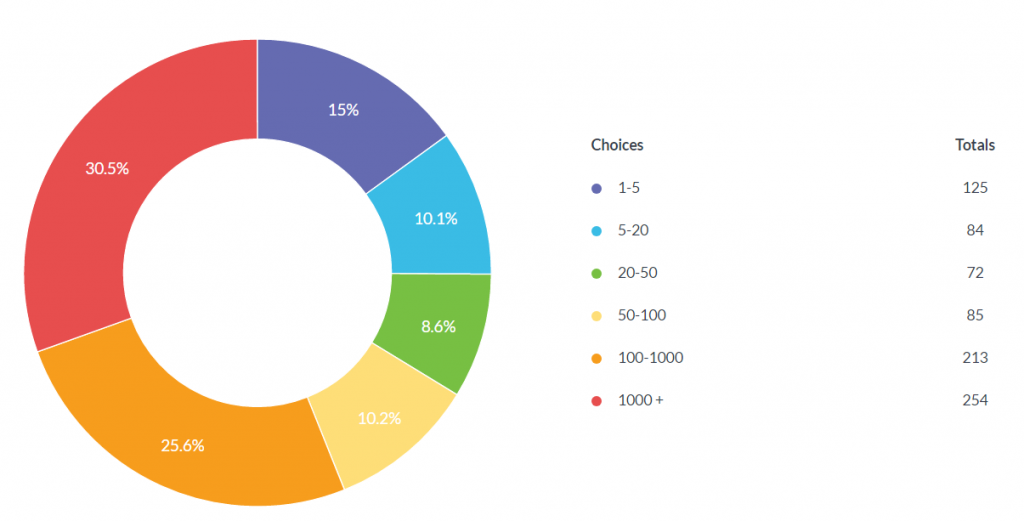 What’s the field of the company you work for?

We’ve been using Perl for clients and partners in all sorts of fields, from data processing to e-commerce. The survey responses are also very different with all sorts of choices, which points out Perl’s versatility in development. Some of the common answers here were: software development, web, IT, education, services, development, finance, Internet, security, hosting etc.

Where is your company based?

We’re a Romanian based Perl software development company, a country that is also of the list of locations for companies using Perl, but a bit further down. That being said, software development goes beyond borders, that’s something we can guarantee as we’re working on Perl project right now with companies from all over the world.

The United States is home to most popular country for Perl companies with 277 responses, followed by the UK with 95 and Germany with 67. The most popular states are New York, Texas,  California, Massachusetts Michigan and Illinois.

Do you work remotely or on site?

21.5% of respondents work remotely, while in the other section most respondents replied with both options. An interesting fact here is that 90% of those who work remotely have more than 5 years of experience and are in the 31-48 age bracket (57%). Working remotely has become a benefit for employees as the current workflows allow more freedom in terms of team proximity. As an Agile company we’ve been successfully applying this work process for years.

What is your pay niche?

Perl pays, the data here is in line with the results from the Stack Overflow 2017 Survey. The responses are almost evened out across the 4 available brackets. The findings show that:

Do you work on new features or maintenance?

What kind of apps do you work on?

This part of the survey was a bit of a surprise as desktop and mobile had quite a big share. It’s worth noting that this was a multiple choice questions, so not everybody who checked mobile or desktop are doing that exclusively. Another interesting fact here is that “67% of all respondents who checked desktop use Perl 5 as a main language and 72% of all respondents who checked mobile use Perl as a main language.”

Beyond the data presented in the Perl Survey, the sheer number of developers who took part in it shows that as a technology Perl is backed up by a large community of developers and companies spread across the globe.