“How does artificial intelligence work?” “AI is algorithms?” “Is AI an existential threat to humanity?” “What ”is the purpose of A.I.?” “Is A.I. Machine Learning?”

One of its pioneers, John McCarthy, defined it as

So, the goal of AI is to create programs that function intelligently and independently. But that shouldn’t feel like a “threat” to humankind. Let’s break down this subject together. 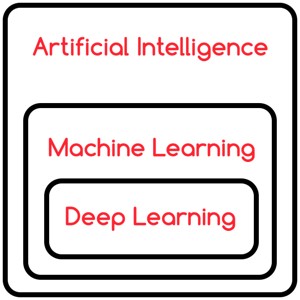 We’ll cover these two topics in future articles. For the moment, it’s important to note that an AI evolves when provided with more data. And this is where it gets tricky, as we have to make sure we provide our system with qualitative data. When Amazon launched its recruiting AI, the algorithm accidentally favored male candidates, because the majority of CVs used to build the system came from males – check out the full report on this case here.

With all these considered, let’s see if we can find a way to explain AI to the 5-year old you.

Have you watched The Jetsons? If you are at least 19-20 years old, then you’ve most probably caught it on TV at some point. The show was released at the beginning of the 1960s and presented the idea of futurism in a family-friendly way. It was popular in Romania around the ’90 and ’00. With flying cars and robots as servants, the show allowed people to envision a world where technology eases our daily tasks. What does that have to do with AI? 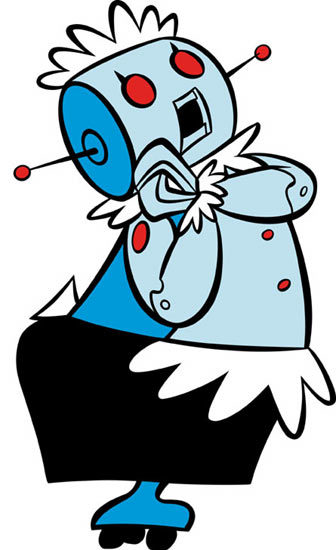 The goal of AI is to create Rosies — human-like machines that work to our advantage and make our lives more fun.

Consider Alexa — you can simply ask it to play “Christmas Carols on Spotify” and it will execute. It can tell you how the weather is, what time it is, or how far away a specific spot is. Alexa is an AI technology, but it’s not on the same level as Rosie yet. It can only answer the questions it was trained for.

For something more similar to a Rosie, check out Boston Dynamics. They’ve developed Spot, a robot that uses artificial intelligence software for data processing. Spot can map its environment, sense, and avoid obstacles, climb stairs, or open doors. They’ve also developed Atlas, a robot designed to assist emergency services in search and rescue operations. It will have the ability to perform tasks such as shutting off valves, opening doors, and operating powered equipment in harsh, life-threatening environments. And, it can parkour.

“We’re also using AI to automate the creation of user interfaces in teleportHQ, an Evozon spin-up. The objective for the AI is to understand the user intent given certain types of data and to create a user interface from it. In teleportHQ’s vision API, the user draws wireframes and the system detects each drawn element. After recognizing the elements, the system reproduces a webpage based on them. In another project, the user is directly talking to the AI with natural language, the AI generates multiple variants and the intended UI for the user to choose from.” – Dimitri Fichou, Data Scientist at teleportHQ.

The future will be AI-based, there’s no doubt here. It’s up to us whether we view it from a positive/negative perspective. Some jobs are being / will be replaced by AI. But, at the same time, new jobs will appear. AI is already here, making our lives easier. Waze, Google Assistant, Petalica-Paint, pix2pix, Replika, Wysa,  are just some examples of AI-centric apps.

If you’re hungry for more information on Artificial Intelligence, check out Kai-Fu Lee’s TEDTalk on how humans and AI coexist or his interview about the art of AI. If you are rushing, check out this video which explains the AI in just 101 seconds, this one which has 2 minutes, or this one with 5 minutes. If you have time for an insightful read, check out this Harvard Business Review article about how humans can use AI to their advantage.