Great news from our games team:

Amused Sloth indie studio’s next title, Asgard Run , after succeeding on the iOS App Store and getting featured more
than a thousand times, in the Best New Games and other categories, in over 130 countries, is now ready to conquer Android
soft launching today in the Android’s Google Play Store of Australia, Netherlands and Romania. 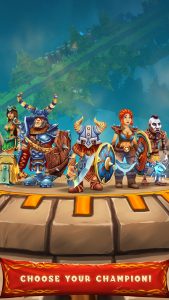 Asgard, the legendary land of Norse Gods in the heart of all creation needs your help. Fight the evil forces with one of
the heroes of the Asgard Watch. A special team chosen by the gods themselves, The Asgard Watch is honored to protect the
realm of Asgard. Use your reflexes to navigate the tubular paths connecting Asgard and fight gruesome mythical foes. Jump,
slide, turn and even fly across the visually stunning fantasy landscape with the help of epic weapons and equipment, unique
for every character.

The version for Android is featuring a new exclusive character called Thorque (part God, part machine). Thorque will be
available for unlocking to all players exclusively on Android.

Founded in 2010, Amused Sloth was created with a single purpose in mind: make great games.After a fun start with the
critically acclaimed Chickens Can’t Fly on Windows Phone, we’re now expanding to all mobile platforms, destined to bring
you the greatest games your thumbs can play.